Now that the Summer anime season as officially ended, I’ve been able to check off the rest of my summer series from my list.Overall, I found this season to be pretty enjoyable with most of the shows I watched being quite entertaining and well executed. I decided to leave Gatchaman Crowds, Chronicles of the Going Home Club, and Hyperdimension Neptunia out of my write up because I didn’t have many comments on the show since I didn’t follow the show that closely or didn’t understand their references and connections to the source (Neptunia). With that said, I thought that the music from the summer season was one of the best I’ve heard in a while. I added a lot of new songs to my playlist based on the OP and EDs from this season (Gatchaman, Fate Illya, Genshiken, Gin no Saji to name a few). Anyways here are my last thoughts about the summer anime season!

I was a bit confused how they would manage to fit the entire arc into only 12 episodes when they didn’t even encounter several key characters in the previous seasons. I was quite surprised at how well it turned out even though they apparently cut out quite a bit from the source material. Rather than being more “repetitive” like the previous seasons with capture arc after capture arc, Goddesses revisits Keima’s past conquers and manages to develop all of their characters even deeper. It not only developed the girls’ characters but Keima also underwent major development. No longer treating life like a game, he realizes that his actions have repercussions and starts to look at life differently. This was probably one of my favourites for the season.

This series was pretty difficult to watch and not in a bad way. Poor Tomoko continues her social struggles throughout the season and almost never seems to catch a break. I found that the series did get a little repetitive after a while since it never seemed that Tomoko really changed throughout the entire series but I guess that was the main point of it and it wouldn’t be Watamote without the cringe and social blunders.

This anime was quite talked about around the communities and was often considered to be a joke at first but as the series progressed and an actual plot started to develop it changed a lot of opinions. I personally thought Free! was an okay series and certainly entertained me with the gorgeous art and likable characters. However, I think that you could pretty easily reverse the gender of every character of the series, keeping almost the same dialogue, plot and it would not be considered that good. I didn’t really think the story or characters were anything special but I guess the novelty of it being nice looking boys swimming made people view it in a different light. However, I’m probably just being over critical of it because in the end, I did enjoy the series for what it was.

I couldn’t really get into this series at the start but about half way through I started enjoying it more. I thought of it as a random slice of life show with no direction whatsoever. However, midway through the season, they began to develop the relationships between the characters more which made it easier for me to follow along and genuinely take an interest in. I did feel that it was a little dragged out when they reused the same gags over and over again (Chihaya’s secret relationship, Lucy being completely naive of Hasebe’s advances) but it definitely did improve as the series went on.

This was another entertaining series due to how over the top it is. I just found the entire series ridiculous (maybe since I had it spoiled) at how convenient everything was for the characters. The solving of the murders and mysteries seemed to be pretty random or illogical most of the time but it just so happens that a “know it all” can deduct anything or get lucky most of the time. I think if the anime had been able to show more of the evidence gathering then it might have made how they arrive at their verdicts much more clear.

I really don’t want to be one of those guys who compares an adaptation to the manga but I was rather disappointed by this one. The manga had been one of my favourites and I actually really enjoyed the Tokyo arc and the whole drama with Asuka and Eba. However, it seems that the show overall had a very low budget (20min episodes including ~2.5mins OP and ED) and made cost cutting corners everywhere. There were times where the animation seemed really off (talking and no mouths moving, or just seeing their teeth while they talk).

The story while was adapted to fit within 12 episodes, you really lose out on more than 100 chapters of learning about the characters, development, and relationship building. You end up getting these characters thrown at you without any sort of emotional attachment or understanding who they are. To add on, even though I know they had to change the story up a bit, the changes made the story lose a lot of impact and emotion that I felt when reading it. Kiyomi becomes a rather pointless character since she doesn’t appear after the Tokyo arc and never gets to interact with Haruto and his group of friends in the anime (even though she is recurring in the manga). The connection between his friends from Hiroshima is lost (they went to Tokyo for university) since you don’t get to see how close they actually were growing up and how they all meet and become a large group of friends.

My last point about the anime is the ending. Since they took out a lot of back story between the three of them, you don’t have the time to develop the same attachment or opinion of the characters. The ending just seemed illogical or flat out stupid with Asuka getting over her break up so quickly and even going as far to say she’s basically okay with it. Things did not progress this fast in the original and it really did create a lot of tension between Haruto and Eba, and the rest of their friends. I really wish this series had a higher budget and potentially be 2 cour so they could have done a better job telling this amazing story.

After marathoning the previous seasons prior to the start of this one, I was a bit saddened when I found out that the characters that were developed so well would have a more minor role in this series. The series still managed to be entertaining and develop the new characters the same way they had done in the past. Hato got the majority of the screen time but that was fine since I found him to be the most interesting “girl” of the bunch. They also managed to close out some loose ends between Saki and Madarame (and even with Angela!) which finally allowed him to move on with his life as he was the only graduate who still tightly clung to the place he belonged (which had now changed). Aside from the story and character development, it was fun trying to spot out all the other references to other anime series whether it was through cosplay, manga/figures, and choreography.

My final thoughts on this were cute girls doing cute things. This series executed the comedy aspect well which was why I enjoyed it so much. The facial expressions were highly detailed as well which made the comedy flow much better in my opinion. Hoping for a season 2 so that they can interact more with the boys since that was probably my favourite part of the series.

This was actually a series from Spring but since it just concluded I decided to include it too. The first arc was quite long but the pacing was well done since they managed to keep it tense and impactful throughout. The second arc however felt lacking in comparison to the first. I felt that they had a really obvious message (if you’re in trouble ask for help/friends help each other) that they kept throwing at the audience nearly every single episode. If that wasn’t enough the last episode was basically just a big montage of nearly everyone they encountered working together for a common goal (even if it was illogical for people to be participating).

Another series from Spring but finished recently as well. I made a separate post HERE where you can find my overall thoughts on this series.

Thanks for reading, and if you happened to have missed my previous posts you can check them out here:

Since I just started this blog midway through the season, I did not get to spend as much time as I wanted on the write ups and collection of thoughts. I’m going to try to make more of an effort for the fall season granted that my school work does not take up all of my time so stay tuned for more in the near future! 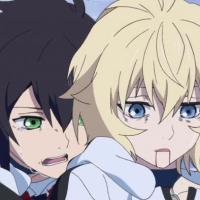