With exam season approaching quickly for many of us (including myself), I’ll keep this week’s post a little on the shorter side so I can get back to studying (I hope)! This week I’ll be sharing my thoughts on White Album 2 episode 9, Golden Time Episode 9, and Monogatari Second Season episode 22. White Album 2 – After their performance at the culture festival, we could see the group (especially Touma) show tension being around each other. Setsuna has been trying to keep the three of them together but it is obviously difficult for Touma since she doesn’t want to hurt Setsuna but she hasn’t gotten over her feelings for Haruki as well. As we saw in the last episode as well, Touma was trying to distance herself from Haruki so that perhaps if he was madly in love with Setsuna, she’d feel like she has no chance with him and then she’ll be able to move on. Haruki on the other hand seems to be wavering a bit regarding his feelings for Touma. Leading up to the performance, Haruki lived with Touma and practiced with her all day while getting to know her better which is why it felt a bit odd to me that he would accept Setsuna’s confession.

He did mention earlier, as he was drifting off to sleep after their performance, that Touma was someone he’d like to be friends with while Setsuna was someone he had idolized. While this can be seen as Touma being in the “friend-zone” I think it can also be interpreted that the two of them would also have a better relationship. Relationships are about being equals but if one person sees their significant other as higher up than them (in this case his view of Setsuna) then I feel that it’s difficult for both people to be happy in the end.

You can watch White Album 2 on Crunchyroll (Free users have to wait an extra week to watch the newest episodes, may not be available in all regions)

Golden Time – It appears that Kouko has heard Banri’s outburst from the previous night and is obviously upset by it. She didn’t have many friends and clearly is afraid of losing Banri as well (especially after she gave up on Mitsuo romantically). The majority of the episode was a flashback to develop Banri and Linda’s relationship and give us some more insight on who they were before Banri’s accident. Linda wasn’t as confident or headstrong as she was today and seemed a lot more indecisive about her feelings in general. After Banri’s accident, I’m assuming that Linda felt guilty that if she had told straight up told Banri how she felt he would still be “alive”. I’m a little bit confused about the ending though where it seems that old Banri has come back. I figured that this would be an issue more towards the end of the series where there would be a conflict between choosing Linda and Kouko. I guess that this isn’t necessarily a bad thing though since by getting old Banri’s life out of the way now will allow them to develop who the characters are now for the second half of the show.

You can watch Golden Time on Crunchyroll (Free users have to wait an extra week to watch the newest episodes, may not be available in all regions)

Monogatari Second Season – While I did enjoy the whole Monogatari series, it didn’t really stand out or resonate with me in particular. That is until the last few episodes which really showed me why this series is so highly regarded. I already shared my thoughts on the previous arc so I’ll focus on this current arc with Kaiki. While both episodes were filled with heavy dialogue, I was just fascinated at how much I learned about Kaiki and Senjougahara’s characters from their talking. Kaiki is a very analytical character which is necessary for his line of work. He’s very observant of the little things and is able to use that information to deceive and con others. We get more insight into Nadeko’s character as well through Kaiki’s deduction. She’s been a victim of having to conform to the standards set by her parents and those around her and the pressure eventually got to her. I’m still interested into Kanbaru’s whole involvement with this season since her and her family has been mentioned throughout the entire season but we won’t get to see it until they adapt her story.

You can watch Monogatari Series: Second Season on Daisuki (May not be available in all regions)

You can check out my previous Thoughts and Impressions on Fall 2013: 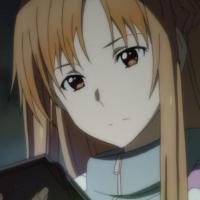 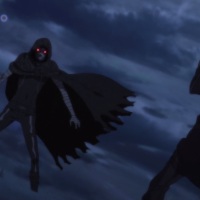 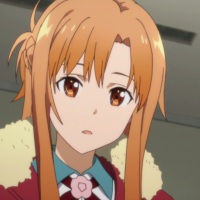