First of all, I hope everyone had a great New Years (about a week late now). I’ve been a bit busy prepping for school and setting up my new site the past few weeks. In addition most Fall anime series have either ended or went on break which resulted in a lack of material for me to post about. Anyways, with that said, I thought I would do a quick first impressions for the winter 2014 anime season so far based on the first episodes for these series. It’s still far too early for any sort of concrete opinion but I figured I might as well share some of my thoughts. I’ll still be continuing to do a weekly write up on the winter 2014 anime series but it’ll be posted on the new website! 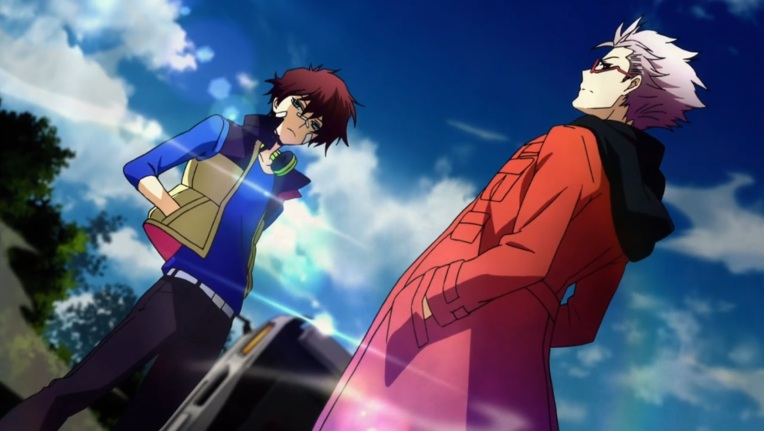 Hamatora – When I first saw this episode, my initial thoughts were that this anime is gorgeous. The character designs were somewhat unique, and the colours were so bright and vibrant. As for the rest of the episode, I found the plot of having an organization take in requests for help to be interesting (even though it’s been done many times). We really learn much about the characters but that is to be expected since its only the first episode. I did find some parts a little strange, like where Nice is questioning the college girls and they don’t seem to be too concerned about their friend’s disappearance and the way they drop hints is a little too obvious with them visually showing the words. I think Hamatora has potential to be a great series if it ends up being a two-cour so they can properly develop the characters so we can develop some kind of emotional connection. I’m hoping that they also have a clear direction for the story rather than doing episodic story lines and arcs that don’t connect in the end.

Super Sonico – I didn’t want to jump to conclusions and hoped for the best in my winter pre-air post but I guess it wasn’t the case. I don’t particularly mind that it appears to be a generic fanservice show just to build more awareness for the Sonico brand but even for a slice of life series, it seemed rather plain. The episode was literally just Sonico going about her daily life and showing off how innocent and pure she is. I’m not expecting much from this series but at least it has nice character designs and decent music.

Mikakunin de Shinkoukei – I wasn’t sure what to expect when I heard that this was based off of a 4-koma. In general, the other 4-koma series (Non non Biyori, Kiniro Mosaic) were all enjoyable even though they didn’t have any real direction. I was pleasantly surprised at the first episode of Mikakunin with how well they introduced the characters. Each girl had a distinct personality which made it easy for me to get into the show. I think the biggest surprise was Mashiro’s character. Despite being your cliche imouto in a romcom series, she actually didn’t have a brother complex and doesn’t rely on him for everything.

Nisekoi – No surprises here that the anime would be visually stunning. SHAFT has always been known to have quite a unique artistic style for their shows with bright, contrasting colours as well as their shading and imagery. I found the first episode of Nisekoi to be pretty solid. The plot sounds kind of generic (childhood promise made years ago, new girl shows up and transfers into MC classroom, surprise fiance/forced romantic relationship, MC and love interest both have feelings for each other but come out and say it) but based on how well received the source material was, I have a feeling it’ll be a hit this season regardless. Raku and Chitoge seem like smart characters overall and understand their families’ position which makes me hopeful that their fake relationship actually leads to a decent story along with the added typical romcom elements.

I watched many more shows but don’t really have any real solid opinions or thoughts on them currently. I’ll continue to post on both sites but probably more irregularly on here since I’m moving my weekly write ups for the remaining Fall 2013 anime and the currently airing Winter 2014 to Ganbare Anime. 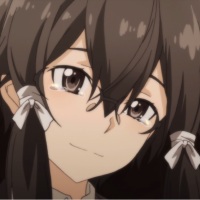